Drugs, an ugly word that accurately summarises the cause of the negative headlines athletics has recently had to endure. To take drugs is to besmirch and disrespect a sport we love and does more damage than simply depriving honest and clean athletes of medals, although this is bad enough. With all the stories in the press recently an outsider could be forgiven for believing that every top athlete cheats and, in this climate, how is athletics supposed to attract new talent? Clean athletes are in danger of falling into the trap of thinking they are condemned to always loosing if they don’t take drugs and therefore what is the point of trying? Lord Coe certainly has a battle on his hands getting a more positive message across to the public.

Yet the situation is far from hopeless and there are several steps that I believe should be taken to remove the stench of drugs and doping from our sport. This will probably lead to athletics going through a similar period of disrepute to cycling but I believe athletics can and will recover. The measures I suggest below all need to be carried out in tandem to have a significant effect. 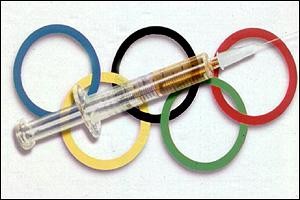 In my opinion a crucial element to tackling the problem of drugs is education. In terms of educating athletes themselves, this should start from a very young age. Doping is wrong and as well as this youngsters should be taught the dangers of drug taking right from the start. A number of the blood test results published by the Sunday Times showed that the athletes should have been in hospital not running around a track and the reality that drug taking has medical, as well as moral and professional, risks needs to be communicated.

This education should be extended beyond the athletes themselves and done in schools and in the media. I believe that the danger of a drop in grassroots participation in athletics stems from a misunderstanding of the extent of doping. While not strictly libellous, the way the Sunday Times and other publications have presented the issue of drug taking makes it seem to the casual observer like everyone who has had an anomalous blood test result is a cheat. This is not the case – the list of athletes obtained by the Sunday Times is not a list of cheats! Anomalous blood test results can be caused for a variety of reasons including altitude and temperature and a few blood test results are far from conclusive proof of a cheat. While there are undoubtedly people who try to cheat their way to glory, I firmly believe that these people remain a small fraction of those who compete in athletics. I certainly do not believe that drug taking is any more prolific in athletics than in sports such as football. Although the media reporting of the issue could make you believe that these sports are clean, a recent study found abnormally high testosterone levels in the urine samples of 7.7% of the 879 football players tested (http://www.telegraph.co.uk/sport/football/11877661/Top-footballers-face-suspicion-of-steroid-abuse.html). If the public are made more aware of these facts then the loss of credibility in athletics should be markedly reduced.

Having said all of the above, it is clear that the IAAF and WADA could have done more in terms of testing to tackle the issue of drugs. Unfortunately, as the Panorama documentary showed, there is currently no test that can prove beyond doubt that an athlete is clean. The biological passport is a necessary part of the picture and the increased testing at the World Athletics Championships is an improvement but I still believe more has to be done. I believe that the IAAF and WADA need to work with regional bodies such as UK Athletics or Athletics Kenya to bring about a marked increase in random testing for doping. An athlete needs to know that at any time an official could request a blood or urine sample. Admittedly this would require a significant increase in staff and funding for athletics organisations but I believe it is necessary. A serious crackdown on drugs should help to rebuild confidence in the sport and without this crackdown the level of investment in athletics may well suffer. Sainsbury’s may have stated that its reasons for cutting short its sponsorship of British Athletics had nothing to do with drugs (http://www.theguardian.com/business/2015/aug/14/sainsburys-cuts-short-british-atletics-sponsorship-deal) but I personally find this hard to believe.

Finally, and probably controversially, I am in favour of lifetime bans for those caught cheating. Athletes need to be taught that cheating does not pay off. If all that they are faced with if found guilty of cheating is a ban which may be reduced (Asafa Powell & Sherone Simpson have both had their doping bans reduced from 18 months to six months) then the rewards of cheating can be perceived as greater than the punishment. However, if it is a lifetime ban from competition that is handed out then this should persuade athletes that cheating is not worth the risk. This should also encourage young athletes. Justin Gatlin may have been overly demonised, he was far from the only drugs cheat competing at the Beijing World Championships, but I believe it is off putting to up and coming athletes to see drugs cheats such as him competing. He has suffered very few long term repercussions for his actions when you examine his overall career but if he had been banned for life the unacceptable nature of cheating would be far plainer. By allowing athletes such as Gatlin back into the sport I believe the message is sent out that cheating can have positive effects on your career with very few drawbacks, even if you are caught.

I am well aware that people are going to point to cases where it is not clear cut as to whether an athlete has intentionally cheated but I am not advocating a lifetime ban for everyone who has an abnormal test result. As said above, there are circumstances that can explain these and it would be up to the officials inside the IAAF or WADA to decide if mitigating circumstances exist. I am not saying this system would be perfect but I believe that a firm stance and severe punishments are necessary to rebuild trust in athletics. Drug taking is abhorrent and must be tackled and, in my opinion, no mercy should be shown to those who try to cheat their way to success.

I hope you have found this thought provoking!

See you next time,