Athletics seems to be under attack at the moment, largely from the media, and much of it for good reason. However, I did not expect the simple sport of running to come under attack from local governments! I am, of course, referring to the decision by Stoke Gifford Parish Council to charge parkrun £1 for every runner who turns up at the weekly event, I decision I am strongly opposed to (http://www.bbc.co.uk/news/uk-england-bristol-36030582).

I am a big fan of parkrun. It began back in 2004 with only thirteen park runners at an event at Bushy Park, Teddington in the UK. Two years later the second parkrun began in Wimbledon and now this free 5km run around a local park at 9am on a Saturday morning has developed into an international event with 396 locations in the UK alone. Runners of all abilities take part and at the end you get given your time so you can see if you are improving.

As a concept park run is wonderfully simple and has done an amazing job of getting people up and active. With an average of 166 people at each event that makes for nearly 66,000 runners every Saturday morning. In total nearly 940,000 people have done a parkrun. This is amazing! I know of no other event that has got so many people to doing exercise!
This is why I am angry that Stoke Parish Council sees fit to charge the runners. The government keeps discussing the obesity crisis and statistics show the UK is the second most obese country in Europe. Currently 19.1% of children aged 10-11 are obese and a further 14.2% are overweight. It is predicted that by 2030, 74% of men and 64% of women will be overweight (http://www.itv.com/news/2016-03-21/facts-about-the-uks-growing-obesity-crisis/). These are scary statistics! I am sure I don’t need to go into the health problems caused by obesity and the stress that is already on our NHS, and if these predictions turn out to be true then it is only going to get worse! I hope that I don’t need to 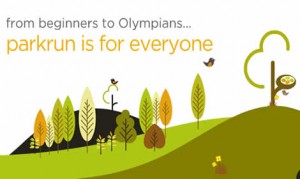 persuade anyone of the benefits of running and exercise, and parkrun has done a really good job of encouraging the wider population to take part in this.

As far as I can tell, the main reason the council decided to charge was that the occurrence of parkrun leads to extra maintenance costs in the park. I am afraid I don’t accept this, runner based erosion is hardly a massive issue. What next, you have to pay to use the local skateboard park or pay to cycle there? My local parkrun has been going for many years now and the surface of the route has not deteriorated at all as far as I can see despite around 500 runners turning up on some weeks.

Furthermore, parkrun was founded on the principle that it was free and it is a not for profit event that is run by volunteers. I accept that £1 is not very much money but it mounts up. It looks like parkrun is going to stick to its fundamental idea of having no barriers to participation, including keeping the run free, and therefore the Parish Council is in effect charging a not for profit organisation several hundred pounds every week just so people can run in their local park! There is a danger that this may lead to some parkruns having to be cancelled due to a lack of funds and that would be a real shame!

Within the running community there has been general outcry at the decision to charge for parkrun. I am one of over 50,000 people who have already signed the petition to keep parkrun free and, if you have not already signed, then I strongly urge you to do so – https://www.change.org/p/stoke-gifford-parish-council-keep-little-stoke-parkrun-in-little-stoke-park.

Parkrun is an amazing event and it should be kept as a free event for all runners to enjoy!